Today, we often take for granted that our brightly lit streets or sidewalks have been around forever. Like many cities Hamilton’s first foray into lighting our streets and our homes came as a byproduct of burning coal. Candles and kerosene were widely used from 1780-1880, electric lights came later.

Gas Lighting was first used to light up the streets of London, England. The first gas street lights in Canada were introduced in Montreal in 1837. Toronto was lit up in 1841.

Hamilton had been designated as a city for four short years in 1851 with a population of 10,000 people before it was first lit up, thanks to the Hamilton Gas Light Company. The company was incorporated a year earlier with an initial investment of £12,500. The Hamilton Gas Light Company was located in a large two story building bordered by Cannon and Mulberry Streets, Bay and Park Streets. Huge storage tanks of manufactured gas were stored on the property as well. The company office was a large brick house located on the south side of Park and Cannon. I personally am not sure if this house still exists today, some articles suggest that it does.

The first gas lights in Hamilton were covered with white globes that had tiny doors built into them to allow access to the burners. These globes were placed high on cedar posts. Every evening as the sun set children would gather across the opposite street corners and peek out windows in wonderment as the lamplighter would come walking down the street. The Lamplighter tended to be an older gentleman. On his shoulder he carried a small wooden ladder which he would prop up against a light pole, climb up, open the little glass door then light a match; making the little white globe glow in the dark.

The lamps were high maintenance and sometimes dangerous, those white globes needed constant cleaning and were prone to blowing up. During fierce blizzards and strong winds these lamps were useless as they would often get snuffed out. The white globes needed constant cleaning while the burners themselves had to be free from dust and dirt, rust and insects. In spite of their quirks, gas lighting still caught on, railroad stations, hotels, ballrooms, and large community halls throughout the city were lit up, as well as the homes of the wealthy who could afford it.

Hamilton residents were fiercely proud of their new street lights. Out of towners flocked to the city to see the city lights. These lamps would provide the equivalent of maybe a 20 watt bulb today. From Queen Street to Wentworth, along the Grand Trunk Rail line in Hamilton’s North End to the edge of the mountain, every corner was lit with a street light. At its peak the City of Hamilton maintained a maximum of 220 of these gas lights.

Gas meters were almost nonexistent at the time as they had to be shipped from England. Instead of being charged in cubic metres (m³) as in the case of natural gas today, early artificial gas prices were charged on a flat rate based on the number of burners each customer required and the length of time it was to be used. This is why many early gas lighting systems typically used one or two burners. However, as more residences and businesses got this coal manufactured gas, this system was open to abuse and the province of Canada West (Ontario) passed legislation making it a crime to burn lights longer than the contracted time. The fine was not less than one pound to a maximum of five pounds sterling.

The gas was manufactured from coal shipped in by boat from Sodus Point N.Y, Ashtabula & Cleveland, Ohio. Once the coal reached the shores of Hamilton Bay, it was brought up to the plant by horse & buggy. Later a spur line was built from the bay.

Thomas Leopold Willson was born on a farm near Princeton Ontario in 1860. He went to school here in Hamilton and designed, patented, then demonstrated the first arc street lamps later used in Hamilton by the Hamilton Gas Light Company when he was just 21 years old. Willson left Hamilton but eventually moved back to Canada where he built a large summer home on Meech Lake near Ottawa. It became famous for being the negotiating site of the Meech Lake Accord in 1987. Willson died of a heart attack in 1915 while in New York City working to secure financing for what later would become the Churchill Falls Hydro Electric project in Labrador, Nfld. The project was completed in 1974.

There were many others involved with HGLC. John Young served as the company’s original president and William Gates as vice-president. The most notable was Thomas McIIwraith, who served as general manager for 18 years and was a local bird enthusiast. He was one of the three founding members of the American Ornithological Union established in New York City and wrote extensively on the subject of birds, particularly those within the region of Hamilton. He published two books, including the Birds of Ontario (1886) and Birds Observed in the Vicinity of Hamilton (1860). Both these books are available at the Hamilton Public Library.

For several decades the Hamilton Gas Light Company served the city as the only provider of artificial lighting. Once Cataract Power brought hydroelectric power from Decews Falls to Hamilton just before the turn of the century, the city and its inhabitants gradually converted to hydroelectric lighting.

Hamilton Gas Light Company remained relevant by selling gas cook stoves for as low as 75¢ (No that wasn’t a typo, really they sold cook stoves for seventy-five cents a-piece.) and gas ranges for around $17-$18.

Ontario Pipeline Company started piping natural gas from Selkirk, Fisherville, Cayuga and Welland in 1906. The days of manufacturing gas from coal were numbered for the Hamilton Gas Light Company for several reasons, it was cleaner than manufacturing gas from coal and it was much cheaper to pipe gas in from out of town than to manufacture it. Also, with the city’s rising population and a booming manufacturing sector on the horizon, it couldn’t have kept up with the increased demand for gas. In 1906 almost 108,245,000 ft³ of gas was manufactured by HGLC and used in Hamilton, by 1913 that number was reduced to slightly more than half at 64,920,000 ft³. Eventually assets of the Hamilton Gas Light Company were purchased by the Ontario Pipe Line Co.,Ltd. At that the name was changed to United Gas & Fuel Company of Hamilton, Limited. 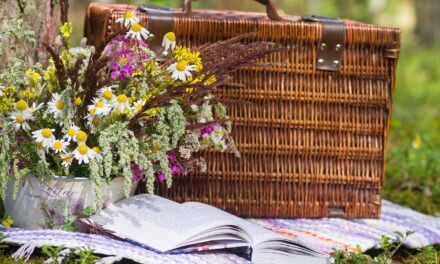 SUMMERTIME IN THE CITY

Memories of The Barton Street Arena